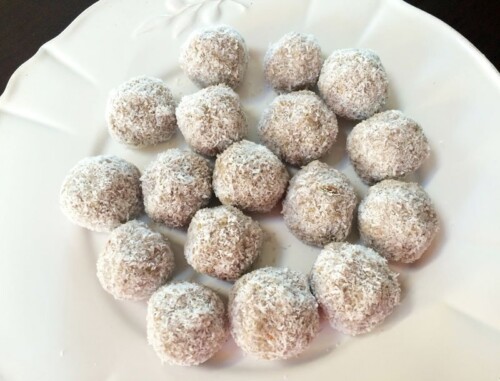 Save Print
Prep time
10 mins
Cook time
1 hour
Total time
1 hour 10 mins
These lime infused feijoa bliss balls are so easy to make, have a slight sweetness and will just hit the spot. Add some feijoa skin to really intensify the flavour and up the nutritional value. They're gluten free and dairy free and a nut free alternative has been given too. And if you can't be bothered rolling them into balls, just press them into a slice tin and cut them into bars.
Author: Wick Nixon
Recipe type: Snack, Nibble
Serves: 12-15 balls
Ingredients
Instructions
For more delicious recipes for the whole family, check out the RECIPES section. There's something for everyone, especially if you love feijoa. Just put feijoa into the search button and all the recipes will come up, like Feijoa Smoothie Bowl, Feijoa Layered Cake, Feijoa Muffins, everything!
3.5.3251

I'm a mother of 3 who's passionate about inspiring you that healthy food is easy to prepare and tastes amazing! I'd love you to join me on this journey.